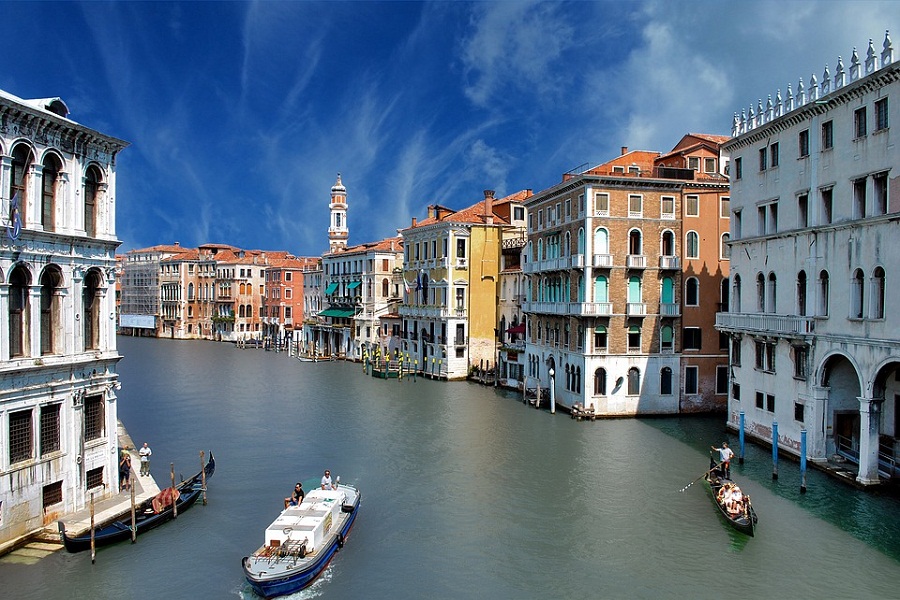 We had the most wonderful 4 days in Venice this week.  The city sparkled under the brilliant sun and crisp winter air.   Absent the summer crowds and cruise shore-excursions, it was a true pleasure to stroll down the streets, grab an espresso, hop on a vaporetto and even walk right into St Mark’s with nary a wait.

Among the most interesting exhibits, was the Barbarians at Palazzo Grassi. It started in late January and continues until July 20th 2008. Scores of peoples and subgroups involved – from the Ostrogoths, Visigoths, Vandals and Alamanni to the Huns, Avars, Franks and Saxons. Highlights of the program include ivory diptychs from Aosta, Florence, Novara and Rome in Italy; Liège, Belgium; and Paris; exceptional silverwork, including the late-fourth to early-fifth-century “Achilles Shield” platter (fished out of the Rhone river in 1656); a magnificent first-century Hildesheim Treasure from Berlin; the “Meerstadtplatte,” with its exquisite engraved and gilded roundel of a port city, from Switzerland; Jean-Paul Laurens’s portrait of “Honorius,” 1880, depicting the last emperor of the West; and the glittering gold cloisonné ornaments and jewelry from sites scattered across Europe.

The Palazzo was taken over by the French businessman François Pinault, whose assets include Gucci and Christie’s. He initially used it as a showcase for his own collection of modern and contemporary art.

In front of the Palazzo, artist Subdoh Gupta’s diamond encrusted skull “ For the Love of God”, floats on the Grand Canal, and is lit up at night in an eerie fashion.  As an aside, the sculpture was originally displayed in 2006 for the annual nuit blanche all-night festival in Paris at l’Eglise St Bernard (Barbes) – regularly the site for sit-ins by the African and homeless community. It was a protest by Prasad on how some soup kitchens in Paris were serving food with pork so that Muslims would not eat it. He dished out vegetarian daal soup during the event!

Perhaps the only full-resort alternative to the Cipriani, which is closed in the winter, is the San Clemente Palace.  A former monastery on an island about 10 minutes from Venice by private motorboat (runs every 20 minutes or so), the property is a delight.  The décor is tasteful.  They have tennis courts, a pool, 3-holes of golf and a lovely spa. The clientele is upperclass European and American. Best part is the food – we had our best meal in Venice in their restaurant, which overlooks Venice.  Their champagne buffet breakfasts are also worthy mentioning.

Although Venice beckoned, it was an effort to leave our corner suite each day – with its splendid view of the lagoon, Venice, and the Monastery gardens!

Food in Venice can be a problem – many of the restaurants are overpriced tourist traps.  I’ll let you in on one great place frequented by locals and steps away from the Rialto bridge: Trattoria alla Madonna.  Nothing terribly fancy, but the fare is top notch and very fresh (the fish market is nearby).  Their Granceola (crab) and Spaghetti alle Vongole are fabulous!