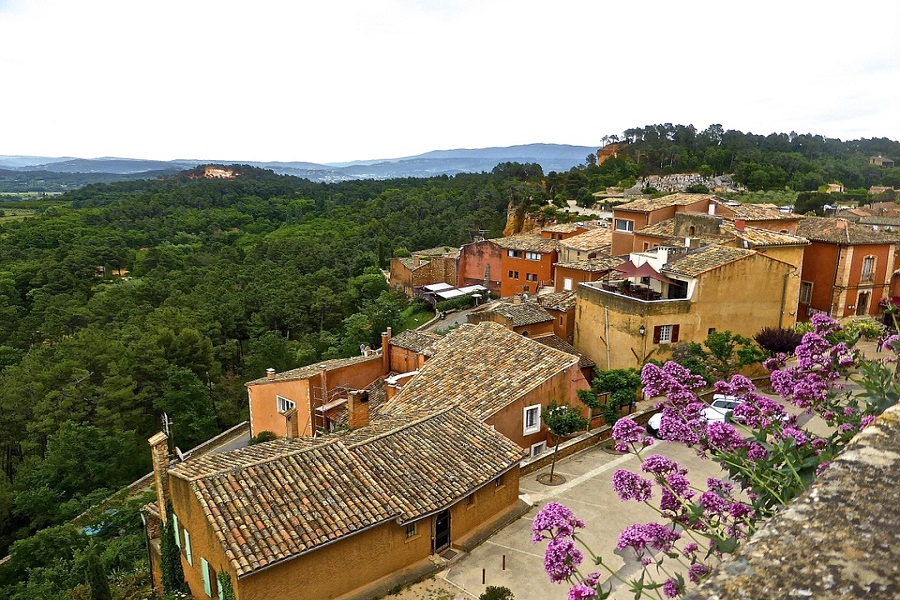 Since moving down to the Cote d’Azur and opening our satellite office, one of our favorite pastimes has been discovering the numerous perched villages in the arriere pays (or back country of Provence).

Near Nice and Cannes:

Tourrettes sur Loup is a beautiful medieval village perched on a narrow spur of land extending from very rocky hills, with the gorge of a small stream deep below one high wall of buildings. Tourrettes was a fortified village, and the arched passages remain through the wall of houses in three places into the center of the “vieux village”.

Saint Paul de Vence is very popular and can be a bit touristy in the high-season.  This hilltop village has many art galleries, boutiques sporting olive oil, liquors and herbs from the region and several art museums.  Russian painter Marc Chagall is buried in the cemetary and the Fondation Maeght sports one of the best modern art collections in France.  The Colombe d’Or – at the entrance to the walled village, is renowned for it Michelin-star rated food.

Coursegoules is perched higher up – above Vence.  Far more isolated and not so touristy, its winding medieval and narrow streets, step-streets, vaulted passages, and old houses with ancient doorways are well worth discovering. Sites include the 13th-century village church, Sainte-Marie-Madeleine, and the classical Chapelle des Penitents Blancs with a very lovely and unique 19th-century campanile.

Vestiges of an old highway from the Roman era are still walkable.

Bézaudun-les-Alpes, just down the road, is a tightly-grouped Medieval village sitting on a ridge with fabulous views of the Southern Alps.  The village houses are all built from local stone: calcaire, tuf and marne, and many of them date back several centuries. Some buildings are colored in the soft Provençal pastels, but most are faded and the village nearly blends in to the rocky hills. The remains of the Bézaudun chateau sits at the top of the village. The original tower dates from the 12th and 13th centuries and vestiges of the medieval wall are still visible.

Closer to Avignon and Aix-en-Provence:

Gordes is classified as one of the most beautiful villages in France. Perched on the southern edge of the high Plateau de Vaucluse.  The stone buildings built in tight against the base of the cliffs and those perched on the rocks above, including the 12th-century castle, are made of an beige stone that glows orange in the morning sun. The view from the village is a southern panorama out across fields and forests and small perched villages to the Montagne du Luberon.